There and back again (or; Mordheim MMXIX and its aftermath)

Saturday just gone saw one of the largest and most impressive gatherings of 'Blanchitu' hobbyists to date. We were, of course, hunting for weirdstone in the blackened ruins of Mordheim - the infamous City of the Damned.

Unless you've been living under a massive glowing meteorite for the last six months, you'll be aware that this year marks the 20th anniversary of GW's Mordheim gaming system. Enthusiast and all round top guy echoesofimperium flexed his impressive organisational muscles and mustered close to 20 rabid hobbyists in Helsinki for a day of games. Joining us were luminaries John Blanche and Toumas Pirinen (who wrote the original rules). Skirmishes were had. Hobby juju was admired. And we ate some nice food and had some good chats. 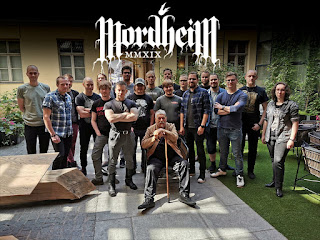 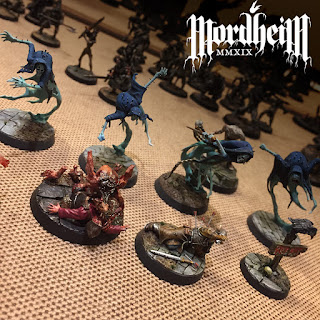 Some impressive hobby skills were on show

I was fortunate enough to play two and a half games on three boards (things got out of hand in game three). And what boards they were! nicolasgrillet created an amazing fold-out case which revealed a vertical board stretching over two halves. His terrain was jointed and magnetised in such a way that the features could retract and collapse safely for transport. My opponent was the excellent hi5rambo who, as a result of some poor die rolls, watched his vampire slip while leaping only to land square on one of my mooks. Turns out vampires are quite tough (and heavy) and there was only one winner in that schoolyard 'bundle'. And it wasn't me. 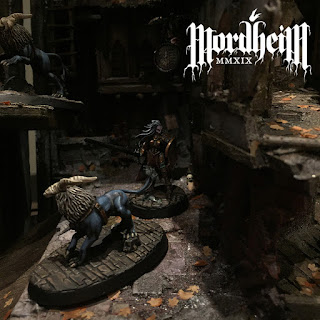 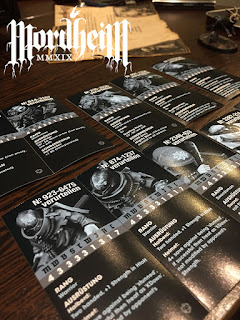 My unit cards worked pretty well - them being on the small side meant I could lay them out on the table with ease. 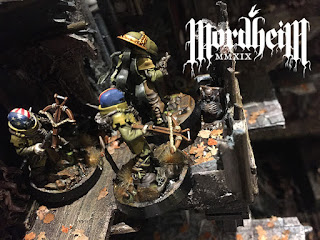 I then faced off against some beautiful warbands by fgSfds and accipiternidum on a wonderfully monochrome table. There were some rowdy NPC looters causing a ruckus but when they saw the horrors we three had created they soon took flight. And were put to the sword. I think we all ended up with a lump or two of warpstone to take home and stir into our tea. 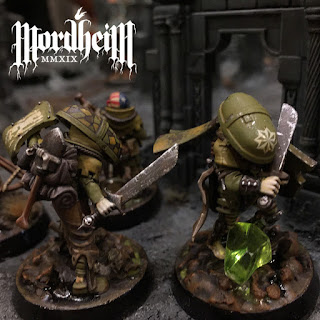 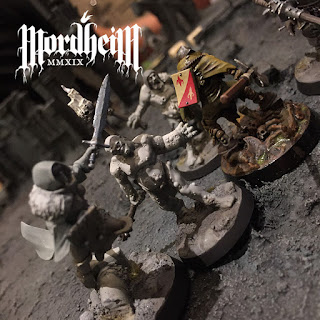 Lastly koltti drew inspiration from seminal GW artist Ian Miller to make his board. The ramparts provided an amazingly cinematic backdrop. His sculpting of ruined stonework is absolutely stunning. I started to play hi5rambo again and The Convertorum on the board but then we discovered that someone had the foresight to bring a smoke machine. We therefore ended up in a weird grim-dark parody of an Instagram-selfie session taking photos of our creations wrapped in fog. Convertorum's vampire looked particularly spooky. 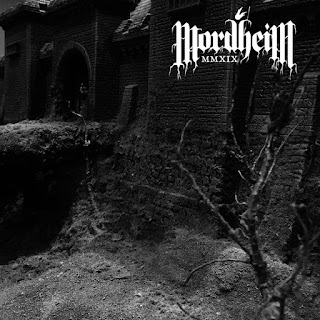 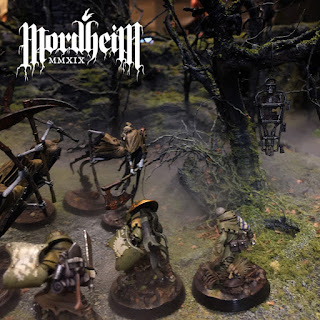 Over the course of the trip I took in quite a few sights and museums. Finland is, of course, of course famous for being the land of The Moomins. And has contributed its fair share the Black Metal genre. It manages to combine these two things quite successfully and you can usually tell which you're looking at (clue; if its white and looks kind of like a hippo, its not Black Metal). Also, it was fun to see regular guests to the hotel in which we held our event react when they saw this sign in the lobby ('Mordheim' roughly translates as 'murder town' in Finnish)... 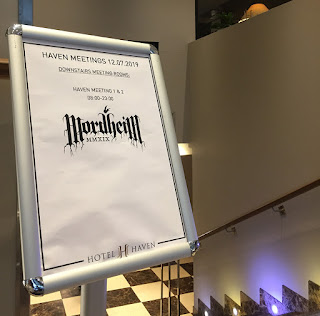 On the macabre front, while in the National Museum I learned about the pre-Christian water burials at Levänluhta which are really quite unique and fascinating. 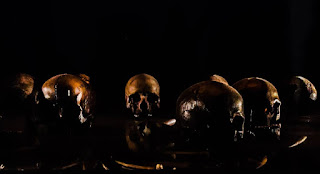 Also the Finnish myth cycle of the Kalevala (and its depictions by the Finnish artist Akseli Gallen-Kallela) is enthralling. 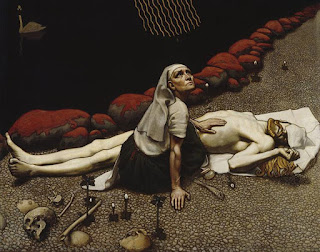 Thus ended the magical mystery Mordheim tour of 2019. It's been great to watch everyone share their journeys and then celebrate together at such a well run and friendly event. I think we were all a bit tearful at the end knowing that it was a very special once-in-a-lifetime experience. That's one of the great things about this hobby - it brings far-flung people together. And encourages them to hit one another and take the warpstone from their still-warm corpses. 'Murder town' indeed.
Posted by Tears of Envy at 21:21