Clearly I don't have enough creative projects on the go at the moment, so I'm embarking on another involving Citadel's amazing old 6mm Epic miniatures. Here is the first little guy: 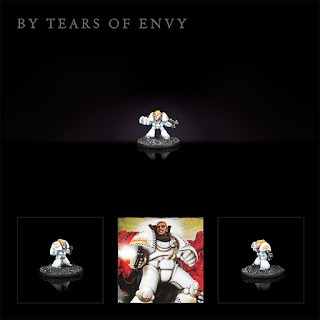 I've generally become more interested in micro-scale modelling - going smaller rather than larger feels really exciting. There's something about the scale which enables a scope which is really attractive. My interest has led me to look at some of the cool work that's going on in the 6mm hobby community and finding folk who are doing micro-40k really well.

This Marine is going to be the first of a few, with a slight Oldhammer vibe as indicated by the art that inspired him - Jim Burns' amazing Space Crusade cover. The collection won't be a facsimile of the Space Crusade box contents, but a cohort of randoms inspired by the breadth of the minis that the game delivered.

Next up is a naughty Chaos Space Marine Sorcerer for him to fight: 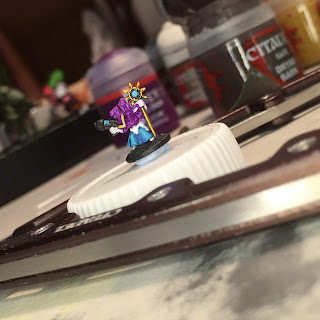 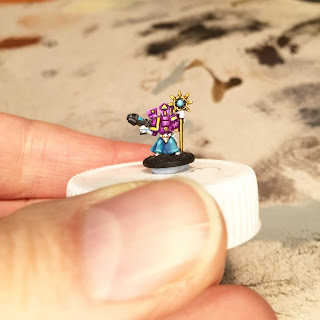 I'm quite pleased with the bases so far. They're washers whose internal aperture is just about big enough to house the original moulded base (with a bit of trimming). They give weight to the minis, stop them tipping over and can enable the mini to be safely held in place for transport with low-strength flexible magnetic sheeting. If you're in the UK you can buy the washers from B&Q as part of a 'pick and mix' deal for a very reasonable £2 for all the washers you can eat. 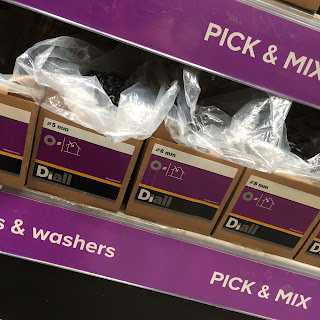 With smaller minis, basing textures which are quite light or quite dark work well, as they give visual contrast. Here I opted for darks, which enables the predominantly lighter minis to pop.

I'll post the Soceror when he's done.
Posted by Tears of Envy at 19:44

Apolgies for not blogging about Mordheim MMXIX for a while - life has been rather busy. But fear not! Work continues... if not 'a pace' then certainly at some kind of reassuringly glacial rate.

I've finished six of the ten ugly chaps and their glorious beauty shots are below. It's now on to the last four, and they are taking a while due to their more complex camo schemes. Two have WWI German helmet camo on their head-devices (I hesitate to call them 'helmets'). Getting this to look half decent proved to be a mission and I'm going to stop at two. One has German flektarn camo on his cloak. And the final chap, who is my leader, well... I'm not really sure what he's going to get. But it'll probably be German given the way things are going.

I'm also nearly finished work on the game aids I mentioned a while back. Their format and delivery mechanism is something I'm really proud of. However, I can't complete it until I finish painting the minis because I need photos to complete the cards. So you'll have to wait a bit to see it.

From my other recent blog posts you'll also see I've got a couple of other projects on the go. These guys are really scratching my Blanchitsu-itch and I'm enjoying the diversity of everything combined. So I'd urge anyone who is experiencing 'hobby fatigue' to try a different project or collection to get them back in The Zone. 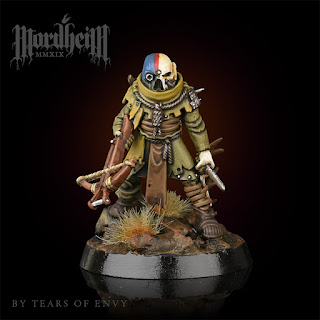 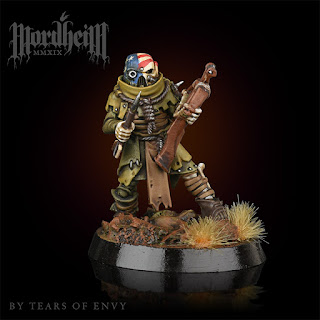 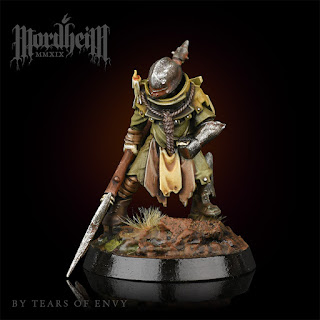 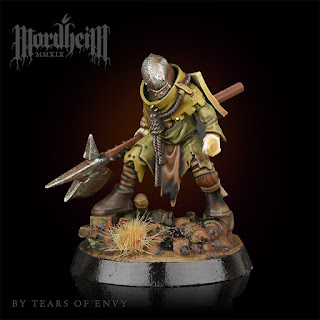 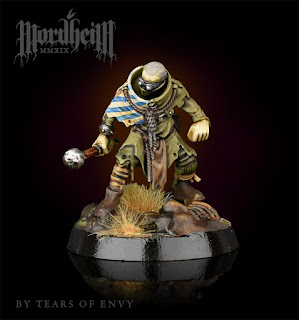 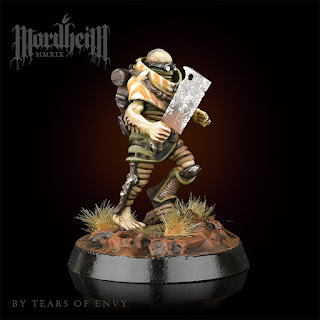 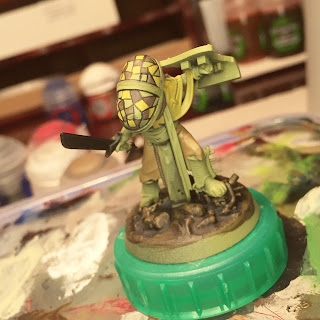 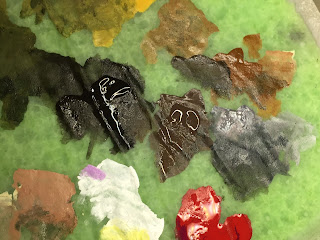 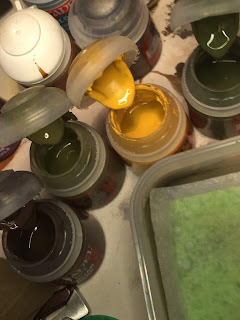 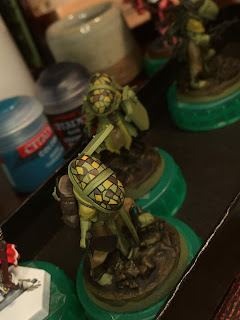 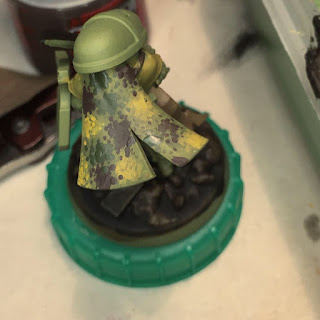