As mentioned a week or so ago, I've expanded my Krawl manifesto into spaaaaaaace!

So clearly it's Krawl Space. 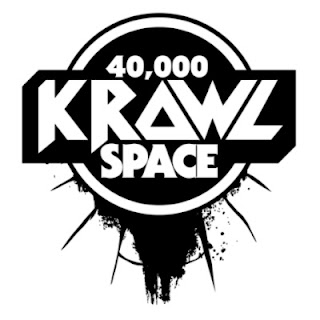 Enthused and slightly madenned by the inky void I organised a quick shoot with some of my 40K randoms. Tearsofistvaan kindly loaned me his beautiful Oldhammer boards from Tyranid Attack and they came out gloriously. All those bright colours just popped under the lights. I believe these are the same boards as were in Advanced Space Crusade but the game engine was slightly different.

I've done a second shoot on another Oldhammer tileset which I'll show in the next few weeks. In the meantime, enjoy the technicolour! 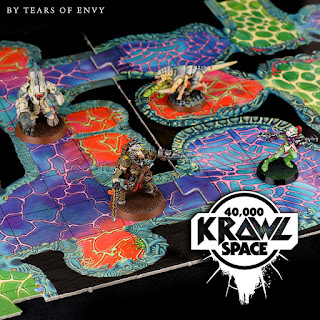 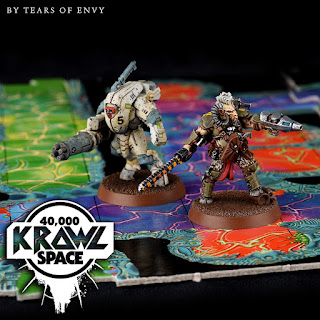 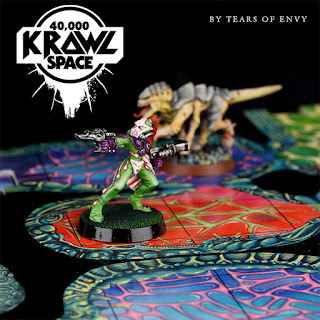 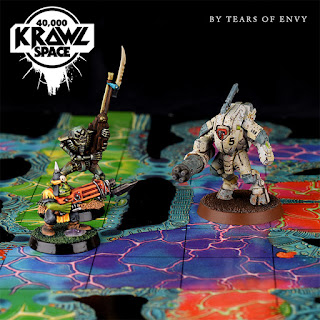 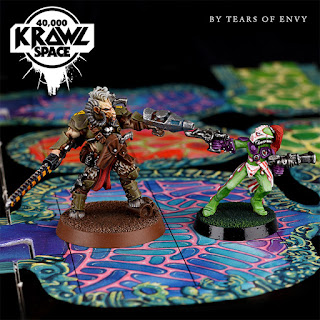