The Burning of Innsmouth

Wondering why I haven't shown much personal work in the last year? Well, here's the answer: 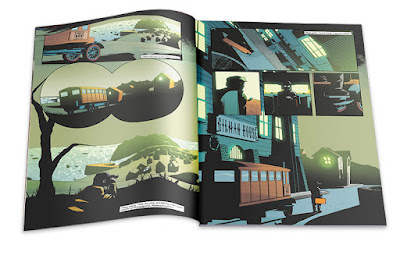 Yup - that's right. I've been beavering away on a comic book. It's a thriller set in the aftermath of Lovecraft's classic tale The Shadow Over Innsmouth. It tells the story of how the ill-fated coastal town came to be destroyed by the American Government.

You can also like the Facebook page and buy buy buy some awesome gear from the new Redbubble store.

I'll leave you with a choice selection of artwork. 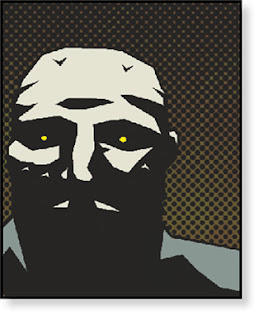 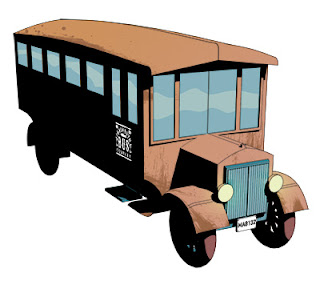 It's been a while since my last post on Mordheim MMXIX. I'll go into why this is in a moment, but the good news is my warband is coming along nicely now. You can see it below in all its (unpainted) glory. 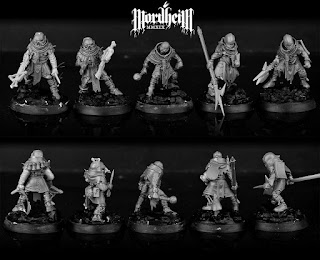 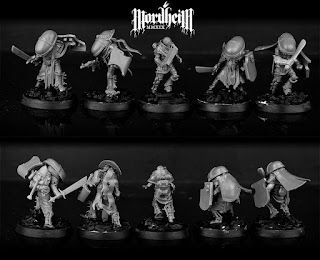 65532_1 tried to relax, as he had been told. Despite his best efforts, he could feel the tension in his neck building. His sixth sense told him that his comrades were equally tense as they stood shoulder to shoulder in the rusty metal box.
"65532_1, please confirm third ear function."
"Viddy horrorshow"
65532_1 heard some kind of a noise over the link, which he took to be a curse. If his face had been visible, one would have noticed a tiny smile emerge on the corner of his lips. He knew full well that 7HEADSFOR7SINS was irritated by the use of argot.
"Aye, brother. Third ear functioning"
There was another noise. Which 65532_1 rightly assumed was another curse.
"Acknowledged", 7HEADSFOR7SINS said, after a moment. "Attainment on three. Two. One."
Years ago when 65532_1 was in the gulag he and his fellow inmates had been cleaning the yard. Old Balazs was sweeping the tracks just outside the freight tunnel. They had all screamed and screamed at the old man, despite knowing he was deaf. Those with their wits about them had waved their arms maniacally. Despite their efforts, they failed to attract his attention. 65532_1 had been looking right at Balazs as the gurney emerged from the tunnel at full speed. He watched as Balazs was instantly transformed into a cloud of red mist and tiny spinning chunks of mince meat.
That was pretty much how he felt for what seemed like an hour. Or maybe a day.
He was unclear how long he had been lying down. In fact, he didn't even remember how he had ended up face down on the earth. He breathed out and tried to focus his vision. Gradually blades of grass came in to view. He watched with dumb curiosity as an insect crawled up the stem of a plant. After a while (he had no idea how long) he managed to roll himself onto his front and, like a toddler, shuffle onto all fours. He lifted his head. His third ear vision seemed to be functioning. He saw a desolate landscape in front of him with mist hanging low over hillocks of broken ground. Smaller mounds were, he correctly surmised, the prone forms of his comrades. Broken walls and the ribs of shattered rooves were perceptible on the horizon. The Zone. 7HEADSFOR7SINS had done it. They had travelled back to Mordheim.
Now their mission would really begin...


So, what was the hold up? Well, in part a few Real Life things came along to distract me. More importantly, while I still think my general idea was a strong one, there was a problem. Readers will recall that I was mining the oeuvre of Stalker and Roadside Picnic as inspiration. The trouble is that, while the world in these works is well realised, the aesthetic of the stalkers themselves isn't. Subsequent Stalker-related works (like Metro 2033) and the costumes in Gilliam's Twelve Monkeys ultimately just didn't inspire me.

Then I remembered the work of Thomas Dubief: 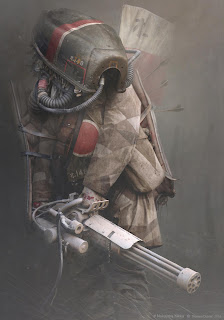 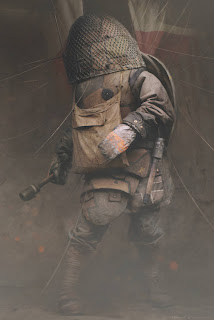 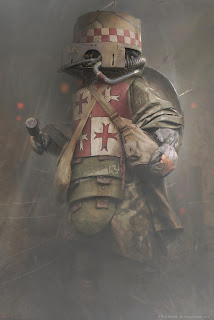 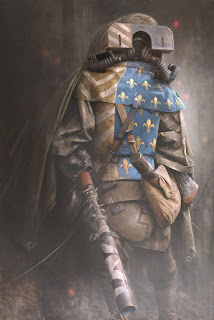 I really love his medieval-WWI aesthetic, with its hints of early tech, heraldry and dazzle camo all muddied down through what we presume to be months of trench warfare.

Perfect for convicts sent through time with the aid of bizarre tech on a mission into hell they barely comprehend.

So I got to work on some Cawdor gangers. The overly-large goggle-heads were a feature I wanted to ape. I borrowed weirdingsway's trick of combining two Marine shoulder pads to form a half-capsule element. The Ad Mech raygun was a deliberate choice as it has a Mauser feel to it which I really like. The shields were components with the perfect blend of slab-like geometry with a few refined curves. I chose swords which had a very utilitarian feel to them - more like machetes than rapiers. Like they are trench issue kit for Tommys as opposed to elegant blades.

In terms of painting I want to go for something quick which captures Dubief's heraldry and camo. I've got a bit of an aversion to airbrushing at the moment, so I might use Death Guard Green spray as a base and go from there. I'll keep the heraldry simple and will look at Imperial Knights decals as possible sources for iconography.