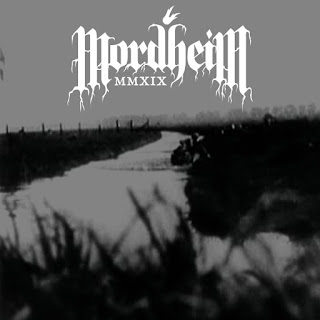 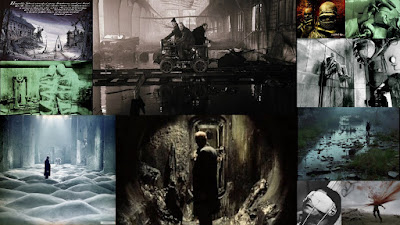 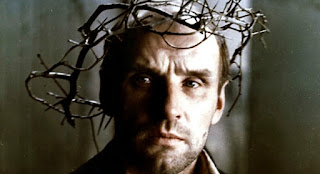 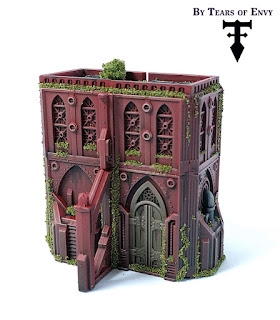 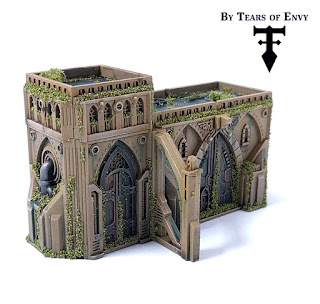 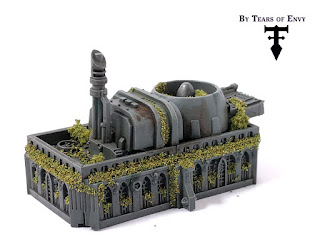 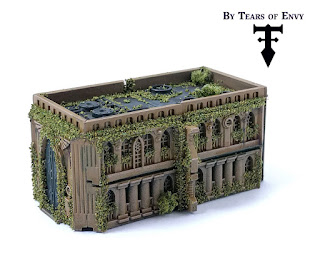 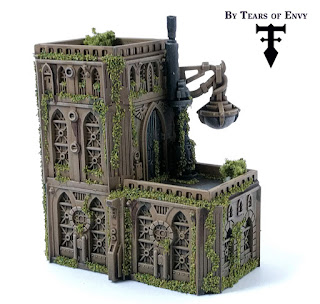 The road to Oldhammer Mordheim

2019 marks the 20th anniversary of Mordheim, released two decades ago amid the pre-millennial angst that gripped the public in the final throws of the last century. Real world fears of the Millennium Bug and general apocalypse were aped (and mocked) by GW in what was their most dystopian vision of the Old World. Until the End Times. When things got really bad.

The awesome Echoes of Imperium invited me to join a Mordheim game planned for next year. The effort is a celebration of the visual tour-de-force that is Mordheim. The core book is undoubtedly one of the strongest, purist and most consistent of GW's products in terms of illustration and design. It is a living testament to the effect that John Blanche had (and still has) on the company. And is darkly-hilarious to boot. As a homage to this mighty tome we have opted to confine ourselves to the material contained in the core book. Mordheim as a system went to some weird and wonderful places in its later life, but we want to channel the burned-out medieval dystopia that was at the blackened heart of the setting.

In the chats that followed the initiation of this project some of us mused about our love for older miniatures. I reaslised then that this would be a great chance to resurrect some old lead. Always a fan of getting stuck in early I wanted to lock down which way I was going to jump. In the end I opted for the undead. I wanted to make use of as many miniatures as I could from my (depressingly large) lead pile. Hence some of these proxy for other units in the rules. Mortarion, for example, will get the rules for an Ogre hired sword. The only new acquisitions were an old Fiend Factory Medusa (who will act as a Dreg) kindly donated by Operation Asgard. Oh, and the vampire himself, who I found on ebay. I didn't really have a good, old vampire in my collection and felt I really needed one to do the warband justice.

The 'football hooligan' Ghosts forced me to break my basing strategy. They are prone to capsizing, so as individuals needed much larger bases. The 40mm rounds also feature the 'lug hole' system which gives a much stronger joint between base and drunken Ghost.

I am really looking forward to coming up with some background for this ungodly cabal and seeing the personalities emerge. I have a clear idea of their paint scheme, but that's for another post. There is also the possibility of bespoke cards too.

But I don't want to get ahead of myself. I'll leave you with some pages from the book that started it all. 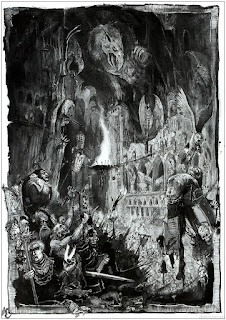 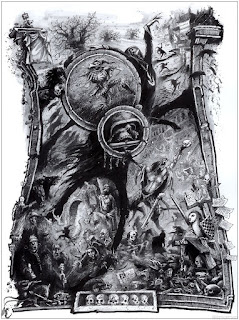 
Imperial Knights are pretty special to me. In my time in the Studio system at GW I have been lucky to work on the line drawings, iconography and decals for the Knights from when the range was being rebooted. It's like they are a part of me, and a tiny bit of me is in their genetic code.

You can imagine my excitement when I given some early versions of the Knights from the forthcoming Adeptus Titanicus game. I decided to make them House Hawkshroud so they tie them to my existing collection of Heresy-era Imperial Fists. So I set-to these guys with gusto. In retrospect, perhaps a little too much gusto. You see, what I failed to do was read my old painting recipe, so they are a markedly different shade of yellow to my older miniatures. Which I am a bit annoyed by. OK, a lot annoyed by. But lesson learned. And they still look cool. 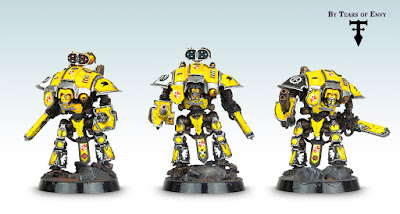 In fact, they look really cool. These little blighters are incredibly faithful facsimiles of their larger cousins. The designers in Specialist Games have done a wonderful job of balancing the details with the challenges of scaling. So if you like Knights, you're going to love them.

At the time the Adeptus Titanicus decal sheet hadn't been made, so I cobbled together various tiny and suitably heraldic decals, particularly from places like the Black Templars Forge World sheet. Plus I used some of the smaller Hawkshroud icons to denote their allegiance. The addition of such decals really helps to scale the knights which is evident in the plan photo below.

For more details about the awesomeness that is Adeptus Titanicus, check out this month's White Dwarf magazine and the GW Community website.
Posted by Tears of Envy at 20:32