I had cause to dig out an old warband I completed many years ago themed around Araby - the fabled land to the East of the Old World. Their outing was to face off against the excellent Tales from Shyish for a bit of skirmish action. I realised I had never posted the sandy little blighters so here they are in all their glory. 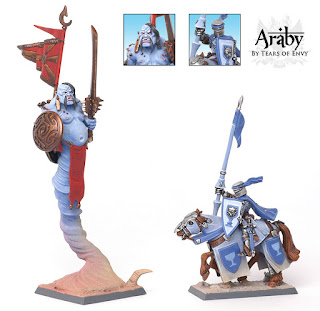 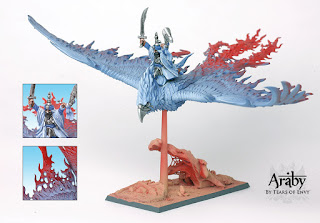 They are based on archetypes from the Arabian Nights - the djinn, the roc, the magic monkey etc. Plus I mixed in a few Crusades tropes like the questing knight and his trusty (if somewhat overburdened) man-at-arms. And an assassin who is, I am sure, following some kind of creed.

They were originally conceived as two factions, hence the red and blue colourways. I think the roc and his rider were supposed to be the joker in the pack who were duel faction. Or something. I seem to remember that the painting method was really simple; airbrush a gradient all over of the mini and pick out any highlights in pure white. Further details follow a strict colourway of brown and either silver or gold depending on allegiance. A big part was to ensure there was no distinction between the base and the mini, so all feel like they're grounded to the terrain on which they stand.

I don't think I was very happy with these guys when I finished them. They languished in a box as penance for their perceived hobby sins. However, now I look back I actually quite like them. It's amazing what a bit of distance does to your work. Here are some shots of the infantry in action against Shyish. They came out trumps, but I was sad the monkey perished early on. 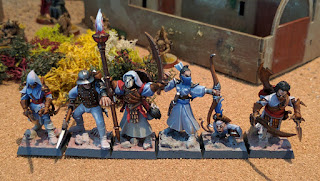 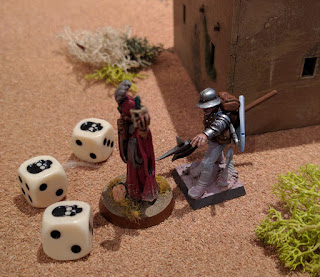 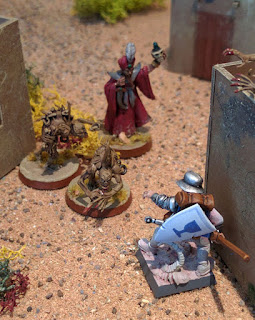 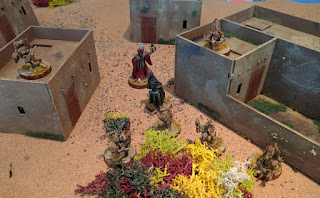