Long-time readers will know of my love for Richard Stanley's 1990 dystopian masterpiece Hardware. I was googling away recently and found that new photos of the Mark 13 prop have been uploaded to the internets. They are below, but come from this site here.

Stanley wisely followed in Ridley Scott's footsteps and kept the killer robot in the shadows, in pieces or confined by close-up shots. It's therefore difficult to ascertain the exact nature of the beast so the emergence of these photos is quite exciting. The page is cautious in the language it employs, being careful not to claim that it's a screen original but it certainly does look very accurate. You can make out some tiny 'dings' on the bridge of the nose which match those in the screengrab below I made from the movie.

It's long been common knowledge that Hardware was 'inspired' by a 1981 2000AD strip called Shok! I had never seen the strip before, but found it in its entirety here. It's interesting to note some of the aesthetic similarities between the strip and the movie - the curly-haired protagonist, the head-up-display images, the skeletal robot missing its legs with its weird dragonfly larvae underslung mandibles. Most notably, the robot's claw-like hand appears almost verbatim in the movie, and indeed plays quite a part in the film's more expanded plot.

Returning to the prop, for me there's something timeless about the stars and stripes graffiti. I clearly remember the skull being used as a marketing image for the movie and it's one of those powerful visuals I'll always carry with me. It nicely sums up much of the setting - a dystopian future in which the American dream has died but its carcass (a nuclear war and the automata which it spawned) continues to maim humanity in the same way the robot just won't die.

In the words of Angry Bob, "Rise and shine, folks, it’s a beautiful day… just look at that sky, it’s a work of art!" 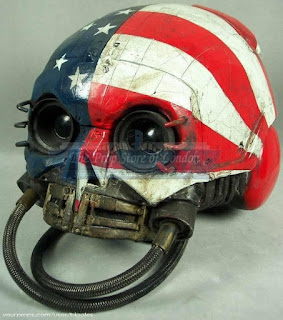 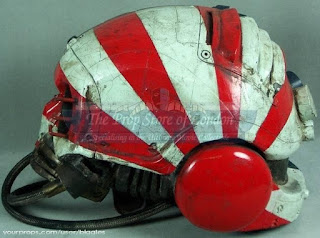 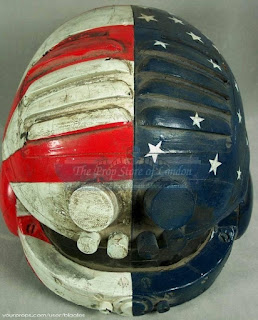 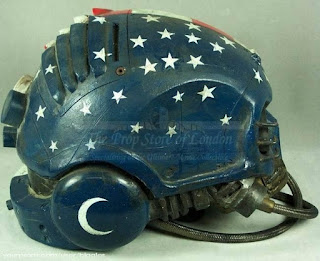 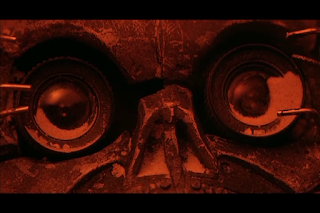