I was really pleased with how my Mordheim gaming cassette came out so I decided to make another, this time to hold all the components for my Legions of Nagash Warcry warband. It's the same format as the previous one although, annoyingly, this case is fractionally different in size so some of my templates were a little out. It happily holds a deck of cards including both the unit and ability cards, and two sizes of dice. It was highly annoying to photograph as a) the case isn't in the best condition and b) trying to light such a dark print under reflective glass isn't fun. 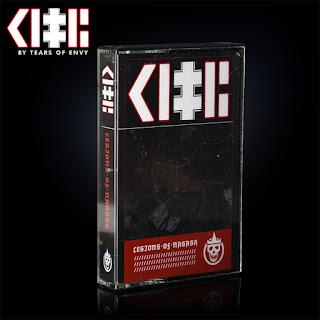 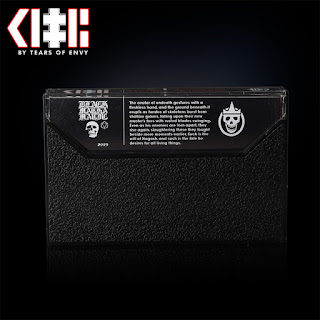 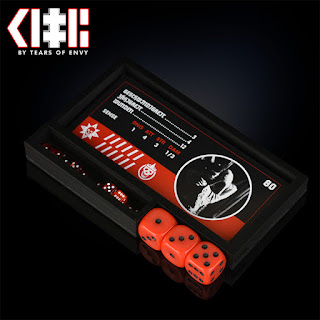 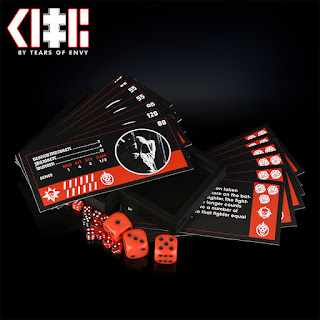 A note on the cards - I had fun redesigning them with UI in mind. The idea with the Abilities cards is you can fan them to show the number of dice which you need to trigger that Ability. That's a really important feature of the gameplay so I wanted to make it accessible. Also, the '/' markings on the unit cards correlate to the number of wounds that unit has. I figured one could use a marker or bit of blu-tack to track the wounds. With the Legions of Nagash, wounds tend to go both up and down as the cheeky Necromancer puppets his shambling minions. 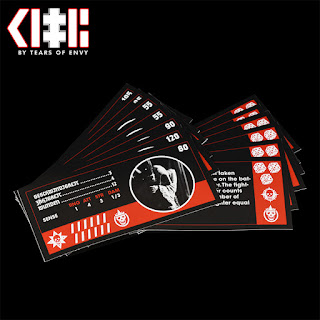 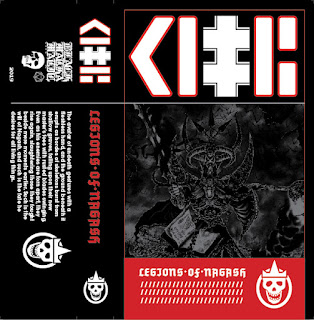 Expect more tape cases in the future!
Posted by Tears of Envy at 19:36