Regular readers will have noticed a slow down in my posts of late. 2017 as been, to put it mildly, a challenging year and this has certainly affected my hobby and creative projects. That said, I'm determined to make sure 2018 has more cool stuff for you, dear readers.

To tide you over, here are some things which have been going on:

I've added to my Stormtonnians. I painted up the three Retributors from the core boxed set. I need to find time to shoot them properly but here's a photo from a recent encounter. 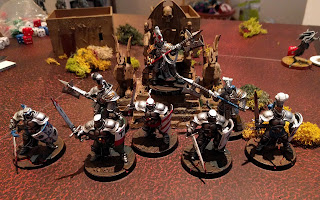 I used them to play an awesome game of Age of Sigmar Skirmish with all-round-nice-guy Operation Asgard. You can see his 'glamour shots' of both our forces here, and read his full report here.

I finished my squad of Heresy MKIV Blood Angels. Again, no final shots yet but here is a WIP. 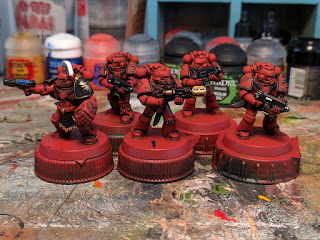 I've been getting more into live music recently, especially metal. No, really. A lot of doom, sludge and then some black metal inspired Viking folk. Part of the fun has been learning all about the metal's endless lists of imaginatively-named subgenres. Anyway, here is one of my favourite tracks:


Part of my black metal trip was inspired by Becoming the Forest, an awesome zine produced by Una Hamilton Helle. In this era of boutique zines and magazines, I often find myself picking up one issue but never more. Becoming is so diverse in its offering that I don't find myself suffering from this fatigue and am very much looking forward to the next issue. 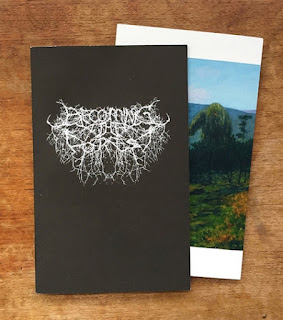 I travelled back to the 1990s to see two British bands who were big in the early part of that decade: Senser and Pop Will Eat Itself. Seeing 40-year-old blokes moshing is quite scary. Throughout their career PWEI collaborated with British design giants The Designer's Republic. TDR are possibly most famous for their work on the Wipeout series of games. Here's one of their covers for PWEI: 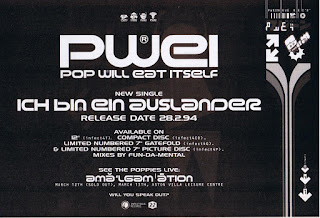 Due to Firefox add-ons not keeping pace with the browser's updates my tumblr stalled for a bit, but now I'm posting again. Check out the all the monochrome. 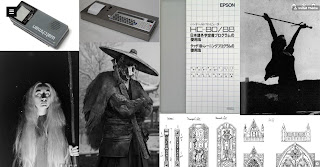 I know a lot of you are hobbyists and I can't remember if I mentioned that I started a lovely new job at Games Workshop. I now work in their in-house Licensing team helping GW's partners make all sorts of awesome licensed products, including video games. There have been lots of stunning releases on this front recently, with many more to come. So if you're a GW fan and love video games, check out our offerings for all your favourite properties like Total War Warhammer II, Vermintide, Dawn of War III and Warhammer Quest 2: The End Times.


Actually, now I re-read all that there has been quite a lot going on so perhaps I shouldn't feel too bad.

Have a jolly Yule and don't stray too far from the fire,