Hawken was in development for quite a while (I first blogged about it in 2012) after going through various devs and publishers. It's in open beta on Steam and I'm embarrassed to say that it's only now that I've actually played it. It was primarily the visual design which attracted my attention, so that's what I'm going to talk about here.

This mech FPS game does a great job at mining a decayed hard-sci-fi look which is popular at the moment - think Neill Blomkamp meets Kow Yokoyama with a bit of Star Wars thrown in. The arenas are wonderfully gritty with lots of hazard markings stencilled over rotting metal plates. There is a great level of atmospheric haze too which serves to add realism without obscuring the detail. In this interview lead developer Khang Le talks candidly about the pragmatism he employed when designing the look of the game and cites Yokoyama as a major influence for the mech design.

On this note, Le worked with artist John Park to conceptualise the mechs and the environments and you should definitely check out Park's portfolio page for Hawken. The mechs are satisfyingly clunky and realistic while retaining a charm that gets you attached to yours. They are compartmentalised so many of the assets can be swapped, which, far from being repetitive, actually gives them a real-world vibe of mass produced parts configured in radically different ways. This facilitates the almost infinite customisation which is fun (if a little impenetrable at times). Beyond your female trainer, the pilots are left unseen, though some ground crew in the hanger cinematics lead you to believe they might be faceless shemagh-wearing types which are in vogue at the moment.

Hawken is free on Steam, Xbox One and PS4. I'll leave you with some screenshots and some of John Park's awesome concepts. 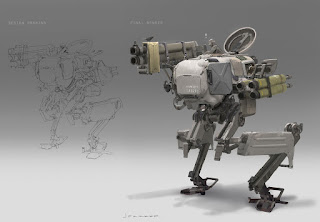 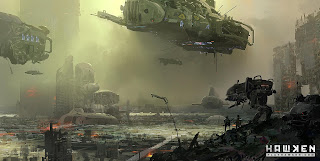 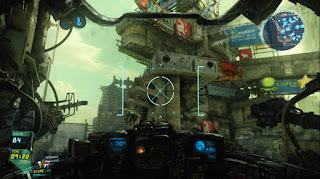 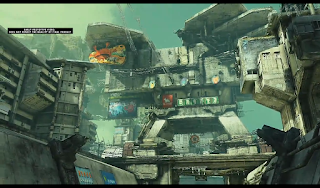